If there is anything I have been learning recently, it’s been that God’s not fair.

I’ve been in a bit of a wrestling match with God recently. Most of my prayers anymore involve asking a lot of “WHY?!” questions and then struggling with the answers I hear back.

WHY? Because you are strong enough.

WHY? Because I will redeem them.

WHY? Because they need you to walk this with them.

WHY? Because you aren’t ready yet.

I think most Christians tend to see God as fair, loving and serving everyone equally. Here’s the thing though: He doesn’t love us equally, and He doesn’t distribute talents and giftings equally. He doesn’t give in equal measure. And He might not give to someone what we deem as “fair.”

He never promises to be fair. God is always just. But He is often unfair.

I struggle a lot when I see good friends in painful or difficult situations they don’t deserve to be in [or, let’s be real, when I’m in a situation I feel I don’t deserve to be in]. And recently, unfortunately, this is happening a lot. Really great people, some of the best people I know, end up in situations that seem drastically unfair. Because they deserve so much better. And because I deserve so much better, too…right?

Really, we don’t deserve anything. We are sinful in our nature from birth, with nothing good existing in us. God doesn’t owe us anything.

“For I know that nothing good dwells in me, that is, in my flesh. For I have the desire to do what is right, but not the ability to carry it out.” – Romans 7:18

Nothing good. Man. That stings…a lot. I literally do not have the capacity to do anything good on my own, apart from God. And here I am thinking I can do great and amazing things on my own, and that I deserve so much more than I actually do.

“Everyone has turned away, all have become corrupt; there is no one who does good, not even one.” – Psalm 53:3

We don’t deserve anything. He blesses us because He is merciful. But He gives blessings, and He can take them away, too. He is not fair.

Let’s check out some times in the Bible when God was unfair.

God has favorites. He loves Israel more than any other people group or nation in the world.  It starts with the Abrahamic Covenant (Genesis 17) and is repeated in many, many places throughout both the OT and NT:

“For you are a holy people to the LORD your God; the LORD your God has chosen you to be a people for His own possession out of all the peoples who are on the face of the earth.” – Deuteronomy 7:6

Know that I am a huge supporter of the Jewish people and Christians supporting Israel. As gentiles, we were grafted into the faith of the Jews because God showed us mercy and blessed us so that we may know Him. He loves Israel, and they are His beloved.

God loved Jacob and hated Esau [Romans 9:13, Malachi 1:2-3]. Hated Esau, guys. That seems extreme. God hated someone? How is that fair? And yet, there it is, plain as day in the Bible.

God called Hosea, a good and Godly man, to marry a prostitute who would leave him multiple times. All this to make a point to the nation of Israel and declare how He would redeem them. You can read the story in the book of Hosea.

And what about the book of Job? God allowed Satan to kill Job’s family, take away everything he owned, and literally strip him of anything good in his life. Tell me, how is that fair? I don’t get it.

Most of what I’m referencing can be read in Romans 9 – Paul basically declares multiple ways God is unfair and says God chooses to whom He shows compassion:

Guys, there are so many other instances in the Bible where God is unfair. And He is just no matter what. Because He chose to redeem us and show us mercy, He has the right to distribute His blessings to us as He pleases.

Life isn’t always fair. Most of the time it’s really hard, but He uses us to show others His mercy and His love. He gives us certain hardships to show others that they are mountains that can be moved. We can overcome them. He will help us. And in the end, His glory will shine brighter than anyone else’s.

I struggle so much with the fact that my best friends struggle with burdens they shouldn’t have to deal with. And I don’t have reasons why they or I were assigned a difficult lot. It just sucks. But the world is broken, and we are living in it. We must continue to pray that God will heal the brokenness and suffering…and He will. But the answers might not always be what we deem “fair.”

What do you think? 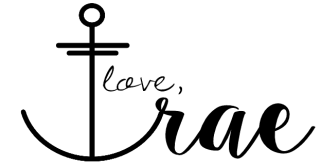